Jackson, Hero of With Eyes of Love 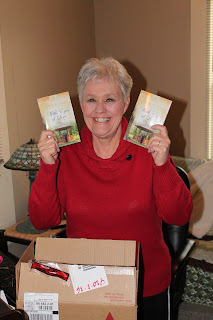 Today is an interview with my critique partner, Linda Glaz, who is also a wonderful writer, amazing literary agent and one of the best people you'll ever meet. :-) I'm so excited that her debut novel just released from Heartsong presents! I decided to do an interview with her hero, who is a charming yet wounded kind of guy. 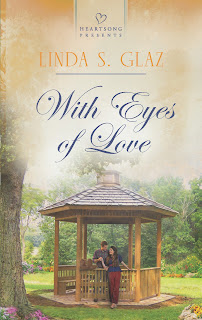 Barbara Richardson is living a charmed life. Perfect family, beautiful voice, wealthy fiancé. But when she realizes her soon-to-be husband only values her for her pretty face, her life is suddenly in turmoil. Then a handsome young man comes to her rescue when she's stranded in a storm on Christmas Eve. And the world suddenly seems full of possibilities….

Unlike her former fiancé, Jackson Judge loves Barbara for everything she is, inside and out. But how could so lovely and talented a woman ever love a scarred monster like him? All he can see, shut away in his room, are his wounds from Pearl Harbor. Jackson finds himself questioning God's plan, but Barbara knows real love looks deeper than beauty or scars. Eyes of love see straight to the heart.

Jackson, welcome. I’m still amazed at how you and your friends were able to pull all of those people out of the water.
-Probably not as amazed as we were. Trust me, being in a small boat against a wave of water with nothing but a paddle and length of wood wasn’t like anything I’d ever done before, and hopefully never will again.
Were any folks lost in the flood?
-It might have felt like Noah’s adventure, but this time, no one was lost. We got to all of them before they disappeared. Only one area flooded badly, the rest were trapped because their cars stalled. But the Richardsons’ car was caught on a slight rise surrounded by the deeper water.
What did you think when you looked in the car window and saw the three girls in the back seat?
-Well, I just did what I always do. I winked at them like I do to my sister when she’s upset, but it didn’t exactly calm them. Instead, the older one stuck her nose in the air like I’d tried to pick her up or something.
I’m sure she was just afraid. You being a stranger and all.
-I have no doubt. But it was like one of those old sayings, no good deed goes unpunished. She was sassy as one of those yippy little pups, pint-sized and full of attitude. And had plenty to say to me before the day was over.
I’m intrigued, what did she say?
-She said not to flirt with her? Flirt with her? I was trying to be nice, and then she tells me about some guy named Elliot VanDusen or something that she was “almost” engaged to back home. What was that all about? Like I cared…
Did you?
-Don’t think I’ll talk about that right now.
Sounds like you all had quite the Christmas in New Hope with all those folks stranded.
-It was quite the Christmas, all right. The kindness of folks always comes out in disasters, don’t you think?
The world was on the cusp of war when the Richardson family met the Judges, how did that impact your families?
-My brother and I knew right from the start that we’d serve. What man wouldn’t? There were folks at home who needed to be protected.
Anyone in particular?
-I get the feeling your trying to get me to discuss old bright eyes. Like I’d spoil the story for the readers. Nice try, Jessica, but you’ll have to read the book to find out. Just make sure you have a box of tissues. I was totally on my game in the romance department.

Do you like charming heroes like Jackson who hide their wounds? What debut novel have you read this year?

Linda Glaz said…
Thanks so much, ladies. Yeah, Jackson's my kind of character, too.
Huge blush. Dark hair, coffee brown eyes, and deep wounds. I've always been drawn to that. Hmmmm....
Thanks so much for the comments.
April 2, 2013 at 9:47 AM

Linda Glaz said…
Thanks so much, ladies. Yeah, Jackson's my kind of character, too.
Huge blush. Dark hair, coffee brown eyes, and deep wounds. I've always been drawn to that. Hmmmm....
Thanks so much for the comments.
April 2, 2013 at 9:47 AM

Kathleen L. Maher said…
that was fun. Jackson sounds like a charming hero. Gruff exterior to hide a tender heart. swoon! congrats on your debut book, Linda!
April 2, 2013 at 9:56 AM

Gail Kittleson said…
Sounds like Jackson is a guy I have to meet!

Janet Grunst said…
What an interesting interview,Jessica and Jackson, leaving us all wanting more. Congratulations, Linda. How exciting!
April 2, 2013 at 10:22 AM

Dee Yoder said…
Bought the book today and can't wait to delve into the story. Congratulations, Linda! It sounds like a book I'm going to love.
April 2, 2013 at 2:56 PM

Davalyn Spencer said…
I could hear Jackson's voice in the interview - loved it. Congratulations!
April 2, 2013 at 4:46 PM

Deborah Dee Harper said…
Jessica, great interview :-) Thanks so much. And Linda, you've got quite the hero there! Can't wait to read more about him when I get your book.

Congrats on your release!