July 15, 2008
Well, I just checked out the excerpt on Amazon.
Very catchy. Anything that has to do with the search for truth interests me.
And the dialogue in one paragraph is what really pulls me in.
Good job Mr. Shipp.
Hope you sell millions. ;-)

April 15, 2009
Did you know each scene should advance your plot? I recently read a new author, Randy Singer , and was completely hooked into his story. It wasn't until I was halfway through that I realized I should study his writing to see why it worked so well. It didn't take me long to see that each of his scenes had more than one purpose. 1. Each scene showed a new facet of character (not always for the same person) that added to the plot's unwinding 2. Each scene revealed knowledge (plot point) that forced the characters to make a choice 3. Each scene upped the stakes so that I wondered how the characters could possibly survive with the choices they were making. I'm sure his scenes had even more literary tidbits, but these stood out to me. The important thing to know is that this was a seamless process. The scenes didn't jump out at me and scream, "This is my purpose". Rather, later scenes revealed the purpose of earlier scenes. Do your scenes advance the plo
Read more 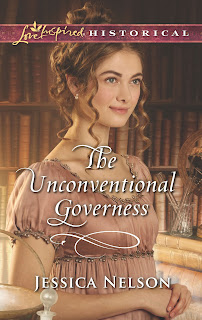 November 23, 2009
Writing dialogue can be a lot of fun but it can also be tricky. Dialogue is not the same as conversation. It is not question/answer format. Dialogue should lead to questions. It should entice the reader to turn the page. It should move the plot forward. I've never heard dialogue called oblique before chapter eleven in Stein on Writing . According to Stein, this type of dialogue is indirect. His example of oblique dialogue: SHE: Hi, how are you? HE: Oh, I didn't see you. The man doesn't answer the question. He circles around it and says something else. That's oblique. Have you ever heard of oblique dialogue? Or maybe you've heard it called indirect? For an exercise, here's some dialogue. Can you turn it into something oblique? HE: Heard you had a party last night. SHE: Yep.
Read more